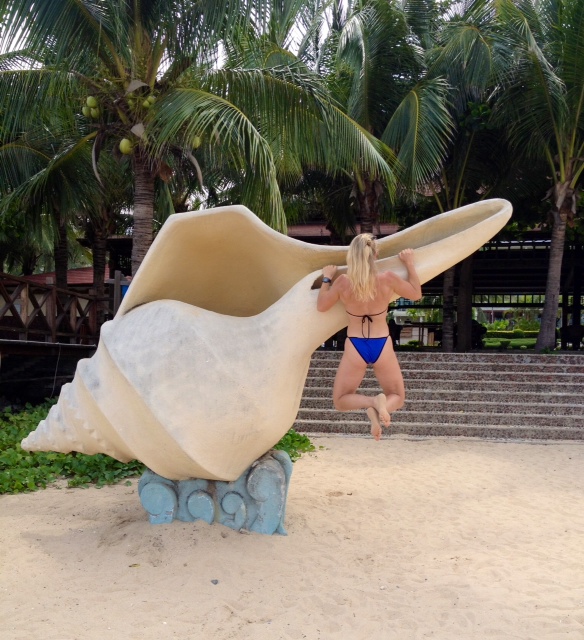 Just a few decades ago women’s sports were thought to be “against the law of nature”!!! To our generation this may seem unbelievable, but just speak to your grandparents and you may discover some disturbing truths! About a hundred years ago it was also thought women weren’t even physically capable of doing certain simple exercises like lunges! Exercise was thought to be dangerous for women and would just result in injury! What’s particularly funny is that some people still think this way!

Thanks to cultural changes, technological advances and scientific research, we now know that, on the whole, there’s no reason resistance training programs should be different for women as opposed to men, since the physiological characteristic of the muscle in the sexes is the same.

We are lucky to live in times when both men and women enjoy equal opportunity to rise to their full potential in work, sport and life.

This applies to training as well. Since there’s no sport women aren’t capable of participating in these days, neither are there any exercises they shouldn’t do.

However there are few considerations in regard to resistance training for women, as opposed to men.
Personal Trainers and Strength & Conditioning coaches must understand sex related differences between men and women with regard to physique, body composition, and physiological responses to resistance exercise when designing training programs (this will help to optimize performance and decrease risk of injuries).
Sex related differences in areas such as body composition (adult females have more fat, and less muscle and bone, in comparison to adult males), anthropometric characteristics (adult females have wider hips and narrower shoulders than adult males), and fat free mass distribution could partly explain the differences in strength and power output between the sexes.

In terms of absolute strength, women are generally weaker than man because of their lower quantity of muscle. Yet, relatively, if we take a muscle cross-sectional area from a man and a woman, no differences in strength exist between the sexes. This indicates that muscle quality is not sex specific (in fact, some limited data suggests that women’s eccentric strength is more similar to men’s than concentric strength (1).

As equal, capable and willing as we are, my experience and knowledge attained over the years, in the health and fitness industry, brought me to believe there need to be special concerns for training female athletes or weekend amazons!

Another area of concern is prevention of sport related injuries; particularly those including knees – significantly higher in female athletes than in male athletes, according to the National Collegiate Athletic Association. This is a major contributing factor in the process of postural alignment.
Women, in fact, seem to have anatomical predispositions to postural problems. We have breasts (in case you haven’t noticed!), which are more likely to cause us to develop forward head posture and rounded shoulders from puberty, particularly when as teenagers we attempt to hide our breasts.

Females in general have less neck extensor muscle mass and a steeper first rib angle then males. This predisposes us to thoracic outlet syndrome and brachial plexus impingement. For those of you who don’t know what that is, its basically very uncomfortable!

Anatomically we have more anterior pelvic tilt than men and in conjunction a lack of lower abdominal strength, which may result in lower back and sacroiliac joint issues.

Females also have a wider pelvis to support child bearing. This creates a larger Quadriceps (Q) angle, which is formed by the thigh bone and the shin bone. This is associated with higher incidence of orthopedic dysfunction at the hip (IT band syndrome, femoral ante-version and lower extremity pronation) and at the knee (retro-patellar subluxation and chronic tracking dysfunction, ACL and MCL injuries). Some women have wider pelvises than others, which predisposes them to steeper Q angles and they, usually, are more likely to have knee valgus. All the above predispose women to quad dominance. Therefore I suggest to not introduce quad dominant lifts until there’s sufficient pelvis/hip stability. Do a lot of posterior extensors chain exercises instead! Women surely won’t mind focusing on it, as these are usual areas of concern for most women in terms of aesthetics.

Women also have higher incidences of joint laxity, which is often associated with mechanical dysfunction of the shoulder, lower back, hip, knee and ankle. Therefore those who have this problem should be treated with high resistance exercises in shortened ranges of motion, in order to increase tonification of the lax musculature and connective tissue.

Even if you have a man who is the same weight and height as you, it’s also worth noting, that women have smaller joint structures than men of similar body proportions.

Due to poor postural habits and also emotional and aesthetic reasons, and/or child handling, so called “miserable alignment syndrome” can be created.

Women have a tendency to not use their stabilizer musculature. It often originates from the beginning of puberty, when in preparation for childbirth, physiological weakness occurs in the surrounding musculature (1). Girls develop “a wag” (not wives and girlfriends, but a sway of the hips!!!), which might be a mechanism to attract a male’s attention. As they pass through that stage they might develop faulty gait with a tendency to hang off passive support structures and not use stabilizer muscles of the pelvic girdle.

We can’t forget about hormonal considerations. There are strong links between nutritional habits and hormonal balance in the female body. The hormonal influence upon a female is significant and unappreciated by most male coaches and conditioning specialists. The “just push through it” attitude really is not for girls!!! This type of coaching will just lead to injury.

Just have a look at the data below gathered by Daly and Ey:

As a result of these symptoms:

It was noted by Daly and Ey, that many female athletes were injured during the premenstrual cycle (3, 4).
Therefore as a trainer, I can help my female athletes/clients by making adjustments in nutrition and periodization of their training.

As I mentioned before, most of the problems linked to hormonal influence can be addressed by implementing healthy nutrition (an adequate intake of protein and healthy fat, eating the right food and the right amount of it for your lifestyle requirements, and taking the correct intake of supplements).

To summarize, women are more than capable of performing sports, activities and exercise to a similar technical standard as men. Yet, as highlighted, certain considerations should be taken into account when designing a training program, a nutrition plan and any lifestyle alterations, due to our physiological and anatomical differences with the male sex. These considerations are key to avoiding injury and poor posture, and to being the most successful in our training. So come on girls, lets show the boys how its done!!!